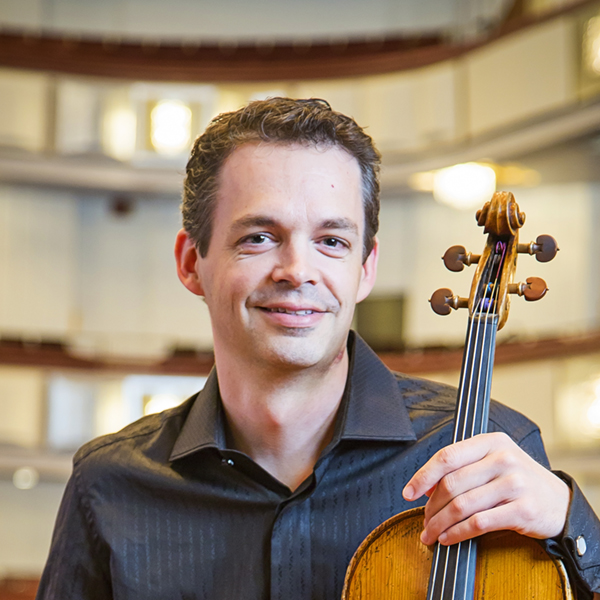 Violist Daniel Foster’s varied career encompasses orchestral, chamber and solo playing, as well as teaching. After capturing the First Prize in both the William Primrose and Washington International Competitions, Daniel became a member of the National Symphony’s viola section in 1993 and was appointed Principal by Music Director Leonard Slatkin in 1995. Daniel has appeared frequently as soloist with the National Symphony since his appointment. Daniel is a member of the critically acclaimed Dryden Quartet, along with his cousins Nicolas and Yumi Kendall and National Symphony Concertmaster Nurit Bar-Josef, and is also a founding member of the Kennedy Center Chamber Players. Daniel is on the faculty at the University of Maryland and has given master classes at Oberlin and Peabody Conservatories, the University of Michigan and the Cleveland Institute of Music. He has been a faculty member for the National Orchestral Institute and is a member of the “International Principals” faculty at the Pacific Music Festival in Sapporo, Japan.