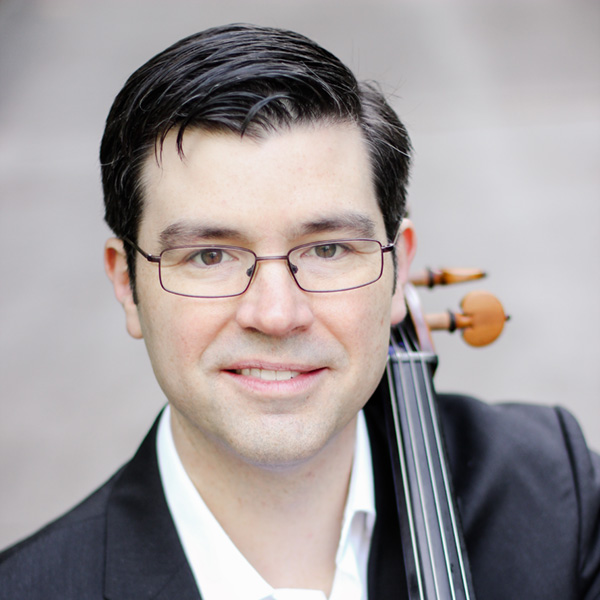 Cellist Dr. Benjamin Wyatt has been hailed as “virtuosic” by the Los Angeles Times. He is cellist of the Avanti Ensemble and teaches at the Renaissance Music Academy in Blacksburg, Virginia. He has performed extensively throughout the United States, Europe and Asia, and is a regular guest with various ensembles. Dr. Wyatt has been a guest artist at festivals, including the Aspen Music Festival and Spoleto (Italy), and has collaborated with numerous leading artists in recent years, including members of the Guarneri, Vermeer, Pacifica, Vanbrugh, Brentano, Ridge, Meliora, Mendelssohn, Amernet, Chicago and Dover String Quartets. As a Baroque cellist, he has played with Musica Angelica, The American Classical Orchestra, Three Notch’d Road, Columbia Baroque Soloists, Mountainside Baroque, Angeles Consort, Con Gioia and the Los Angeles Baroque Orchestra. He has been fortunate to perform with great artists including Renée Fleming, Harry Bicket, Martin Haselböck, Giovanni Antonini, Paul Goodwin, Nicholas Kraemer, Elizabeth Futral, Rachel Podger and Elizabeth Blumenstock. He completed his doctoral studies at the University of Southern California where he was honored as the Outstanding Doctoral Graduate and he studied the Suzuki Method in New York at the School for Strings with Pamela Devenport. His undergraduate studies were at the Cleveland Institute of Music. He has taught workshops around the country. Previous teaching positions include the Thurnauer School (New Jersey) and Third Street Music School Settlement (New York).