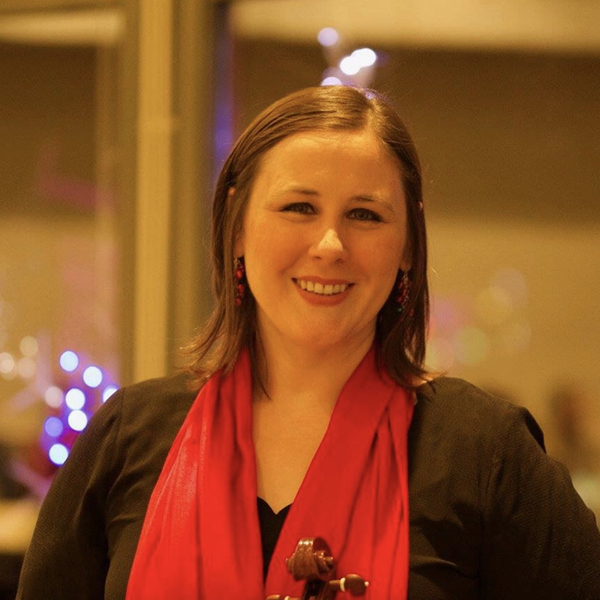 Elizabeth Cunha is the director of Silver Strings Suzuki Studio and teaches orchestra at Stone Ridge School in Bethesda, Maryland. She has also served on the Board of Directors for the Suzuki Association for the Greater Washington Area (SAGWA). Originally from New York, her Suzuki journey began at age 3 in the studio of Nicole Dicecco. Elizabeth studied violin performance, musical theater and music education at the Catholic University of America with Jody Gatwood, Piotr Gajewski, Jane Pesci-Townsend and Dr. Robert Garofalo. She received her Master’s and Suzuki training at the University of Maryland under the tutelage of Ronda Cole. Elizabeth has also attended training courses with Ed Sprunger, Terry Durbin and Ed Kreitman. Elizabeth has a wide range of violin and theater credits including: The 2001 National tour of Cabaret; Shakespeare Theater; Signature Theater; and Toby’s. Above all else, Elizabeth’s passion is for teaching. She received her Music Mind Games teacher training certification in 2009 and 2015 and has conducted workshops locally, nationally and abroad. Additional training and pedagogy influential in her teaching includes Orff Schulwerk (George Mason University), Dalcroze with Dr. Jeremy Dittus and World Music Drumming.  Elizabeth is currently developing a unique series of teach games for strings to assist in developing ability for reading, writing and expressing a musical score.