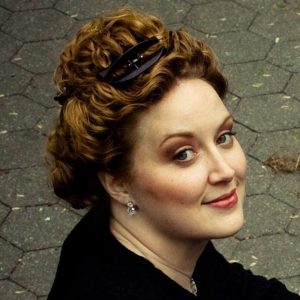 Cellist ELIZABETH MIKHAEL is a versatile artist performing as a concert soloist, recitalist, orchestral and chamber musician throughout Europe and North America. She plays the cello to create a visceral connection between herself, the music and her audience.  She made her Carnegie Hall debut as soloist with Pinchas Zuckerman and the Manhattan School of Music’s Chamber Sinfonia and was a three-time Fellow at the Tanglewood Music Center, performing and recording with some of the most prominent artists of our time including James Levine, Bernard Haitink, John Williams, and Renee Fleming. For her outstanding performances at Tanglewood, the Boston Symphony Orchestra awarded her the Karl Zeise Memorial Cello Prize.

Recipient of a generous fellowship from the Konrad Adenauer Stiftung, she moved to Berlin, Germany to study with former principal cellist of the Berlin Philharmonic, Wolfgang Boettcher. Following this intense period of studies, Ms. Mikhael served as principal cellist of Lorin Maazel’s Castleton Festival Orchestra, the Kurt Masur Seminar Orchestra and for the Elliott Carter Centenary Celebration at the Tanglewood Music Center’s Festival of Contemporary Music. She was a member of the prestigious contemporary music Claremont Ensemble led by the famed composer Richard Danielpour and has had master classes with Yo-Yo Ma, Isaac Stern, and Lynn Harrell among others.

A believer in the life long process of renewal and growth, Ms. Mikhael enjoys diversifying her talents and expanding her musical vocabulary though performing in a variety of musical genres.  Collaborations include performing alongside Bobby McFerrin in Brian Greene’s PBS special The Music Instinct: Science and Song, the world premiere of Peruvian/Chinese/Lithuanian/Jewish composer Gabriela Lena Frank’s Puntos Suspensivos with Ballet Hispanico and recording with rising folk star Emily Mure on her album Odyssey. As a core principal player with New York City’s Distinguished Concerts Orchestra, she appears regularly at Lincoln Center and Carnegie Hall in a myriad of cross-cultural programs. Her most recent performances include sold out classical recitals in New York at Carnegie Hall and Mexico City at the Palacio de Bellas Artes with pianist Santiago Piñeirúa. Ms. Mikhael toured the US with Rez Abbasi’s band, Invocation, and is featured on his album “Unfiltered Universe” with Rudresh Manahthappa, Vijay Iyer, Johannes Weidenmueller, and Dan Weiss.

Equally at home as both a performer and teacher, Ms. Mikhael holds degrees from the University of Southern California (B.M., B.A.), Universität der Künste Berlin (Konzertexamen) and from the Manhattan School of Music’s distinguished Orchestral Performance Program (M.M.).  In collaboration with her education at USC, she completed pedagogical training at the Colburn School of Performing Arts, and through a generous Fellowship from the Konrad-Adenauer-Stiftung, she supplemented her performance studies with pedagogical courses at the UdK in Berlin, Germany. Her students have gone on to make their solo debuts at Carnegie Hall and win scholarships to major universities.

She completed her Suzuki Teacher Training at the School for Strings in New York City with Pamela Devenport and has studied Suzuki pedagogy with Allen Lieb, Carey Beth Hockett, Carey Cheney and Gilda Barston. She has taught at workshops and institutes nationally and internationally and has been a guest lecturer/teacher at the Universität der Künste Berlin in Berlin, Germany. In addition to maintaining a private studio, Ms. Mikhael is a faculty member at the School for Strings.