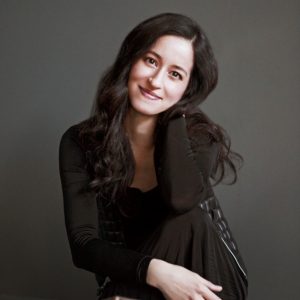 Yumi Kendall joined The Philadelphia Orchestra in September 2004 as assistant principal cello, immediately following graduation from the Curtis Institute of Music, where she studied with David Soyer and Peter Wiley. She began studying cello at the age of five following the Suzuki approach. At age 16, while studying with David Hardy, she made her solo debut at the Kennedy Center with the National Symphony Orchestra. Ms. Kendall’s festival and chamber music activities include Music from Angel Fire, the Marlboro Festival, the Kingston Chamber Music Festival, the East Coast Chamber Orchestra, the Smithsonian’s 21st-Century Consort, and the Philadelphia Chamber Music Society. She has appeared as guest principal cello for the Toronto and Boston symphonies, the St. Paul Chamber Orchestra, and the Hyogo Performing Arts Center Orchestra in Japan.

In addition to maintaining a private teaching studio, she has regularly served on the faculties of the National Orchestral Institute and the New York State School for Orchestral Studies, as well as the Brevard Music Center and the Miami Summer Music Festival. In addition to orchestral, chamber, and solo performing and teaching, Ms. Kendall serves on the boards of Astral Artists and the Greater Philadelphia Suzuki Association. In 2017 she graduated from the University of Pennsylvania’s with a Master of Applied Positive Psychology (MAPP) to further her off-stage growth and organizational studies. Since then, she has appeared as a guest presenter and facilitator for a Board retreat of the Suzuki Association of the Americas; the Radnor-based management consulting firm CRA, Inc.; as a keynote speaker at the 2019 inaugural Suzuki Convention of the Americas in Mexico, attended by representatives from 27 countries; and for Jefferson Hospital medical students in their Music and Medicine seminar.

Ms. Kendall’s interest in organizational psychology and development stems from her belief in classical music’s powerful role in human flourishing, and the importance of cultivating healthy organizations as pathways to serve the arts and public community. Ms. Kendall was the 2013 recipient of The Philadelphia Orchestra’s C. Hartman Kuhn Award, which is given annually to “the member of The Philadelphia Orchestra who has shown ability and enterprise of such character as to enhance the standards and the reputation of The Philadelphia Orchestra.” A proud Suzuki alumnus, she founded the Suzuki Alumni Project (www.suzukialumniproject.org) in 2016 as a way for those who grew up with the Suzuki approach to celebrate Suzuki education and express gratitude to the movement’s teachers all over the globe for believing in their students’ potential, and that of all children.