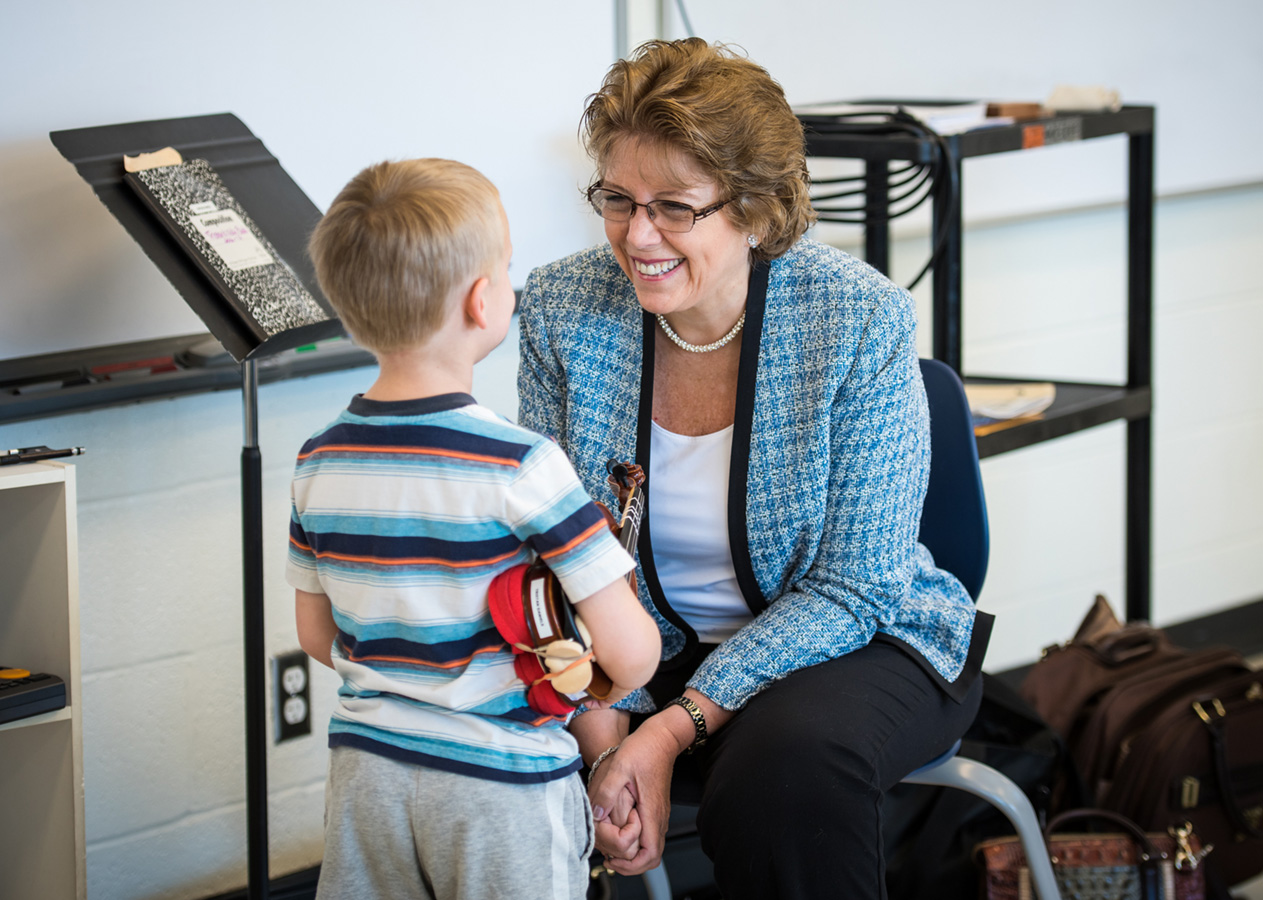 Ronda Cole founded the Greater Washington Suzuki Institute and has served as its Musical Director for the past 41 years. She has long been a leader in the promotion and dissemination of Dr. Suzuki’s Talent Education approach throughout the world.  She is an active member of the Suzuki Association of the Americas (SAA) violin community, has contributed many articles to the Violin Column of the American Suzuki Journal (now available on the SAA website), and is currently participating in revisions of the Suzuki Violin School, International Edition. As faculty, she served as the Director of Master of Music Degree Program with specialization in Suzuki Pedagogy at the University of Maryland.  She is a former faculty member of ASTA International Workshops which sponsors events in Austria, Switzerland, Hawaii, France, Scotland and Norway. She taught in clinics in Canada, Latin and South America and Australia. An SAA Teacher Trainer, she took on the role of Violin Coordinator for the 1994 National Suzuki Teachers Conference in Chicago and continues to speak and present at international and local conferences including the annual SAA Conferences.  Ronda is a graduate of Eastman School of Music where she studied with Carroll Glenn.  She directs the Northern Virginia Suzuki Music School where she has taught for the past 47 years.  She is the recipient of several institutional awards including the American String Teacher citation for Leadership and Excellence. Ronda is currently writing a book on teaching.